Lithium-ion batteries have taken over the world. Tesla has bet big on them and built a Gigafactory that is now knocking out Tesla car batteries, as well as Powerwall and Powerpacks for homes and business. many other manufacturers are working on their own supply chains of lithium-ion batteries.

But battery tech is cutting-edge. We are one breakthrough away from one of the multitude of lithium-ion battery alternatives taking over. Lithium-ion batteries could be yesterday’s news and take their place next to the floppy disk in the dust bin of history.

So what are the likely contenders for the title of power source of the future? Here are our picks for the top lithium-ion alternatives, but bear in mind it could be a combination or a development of any one of these technologies that could eventually win the race to replace lithium-ion. Toyota is still plugging away with hydrogen fuel cell cars and it isn’t the only one working to find a solution. Why? Well, burning hydrogen only produces water as a byproduct, it’s exceptionally efficient and it’s much cleaner than lithium, when it comes to producing it and recycling it at the end of the car’s life.

But there’s one stumbling block, and it’s huge.

Right now we simply cannot manufacture enough hydrogen without turning to fossil fuels, which kind of defeats the point. Researchers around the world are working with genetically modified algae and other methods to convert water into hydrogen, but right now hydrogen just isn’t cost-effective to produce.

If someone can crack the hydrogen conundrum, though, it could easily become more popular than lithium-ion batteries.

This is hardly a futurist’s view into the deep future — lithium-sulfur batteries are coming and they could go on sale within a few years. That is, if better technology doesn’t come first.

Sony is working on this technology and claims the new lithium-sulfur batteries will have 40% higher energy density and lower production costs than today’s lithium-ion batteries.

There are issues, as the electrodes degrade too fast for commercial applications right now, but a number of institutions are working on a solution for this stumbling block. Lithium-sulfur might be a halfway-house replacement for lithium-ion, rather than a radical successor, but it is on the way and it will be a significant improvement. Batteries could disappear more or less overnight if we can finally master nanotechnology and produce a stable and usable version of graphene. Of course, that could mean we get better batteries, too, but graphene supercapacitors should be a better option.

Supercapacitors can charge and discharge much more efficiently than a battery. So although they hold less energy per unit of volume, they can do a much better job of actually supplying power and recharging. If we can actually produce them from graphene, we’ll get the energy density back through weight saving and improved packaging.

Graphene holds the key to a massive quantum leap forward for mankind. Once we can make it commercially, it will change the world of material science, wearable tech and much more. We’ve been trying to crack the graphene riddle for more than a decade and some of the world’s brightest minds have come up short so far. They’ll get there, we’re sure of that, but we don’t know when we’ll have commercially available graphene sheets. This battery is the future, according to the Department of Energy’s Pacific Northwest National Laboratory, and it’s hard to argue against this new dual-liquid battery’s potential. But this is an arms race and literally anything can happen.

By adding hydrochloric and sulfuric acid to the mix, researchers have produced prototype batteries with 70% more energy density than a lithium-ion battery of similar proportions.

They are squarely aimed at the Powerpack market and could store energy from wind and solar farms. If they can offer up to four times the lifespan and much greater storage, renewable energy sources should be able to provide remote communities with constant power and replace electrical sub-stations.

They could also propel a car up to 1,000 miles on a single charge and make them faster, although we’re starting to hit the limits of real world performance in any case. So redox flow batteries could, instead, offer the chance to strip weight from the electric cars of tomorrow and offer similar levels of performance and a much larger range.

Don’t expect to see them anytime soon, but they’re coming. 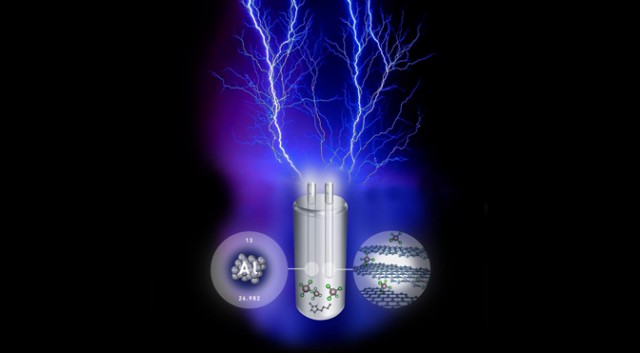 Stanford University has created an aluminum battery that could slash charging times. A smartphone could take a full charge in just 60 seconds and a car could charge in minutes.

Right now the output of 1.5v  just isn’t enough for a car, decent phone, or more or less anything else, but researchers are working on it. With an aluminum negatively charged cathode and a graphite anode, it’s safe, lightweight and it does have the potential for improved energy density.

We’re not even close to a perfect, commercially viable aluminum-graphite battery. But it could be one to watch in the future. This technology uses anaerobic bacteria to process acetate with a reduction/oxidation method that releases electrons. This one is in its infancy and researchers in the Netherlands have only got a prototype through 15 recharging cycles. That’s not even close to enough, so bioelectrochemical batteries won’t be an option for a while.

If it does reach fruition, the bioelectrochemical battery will be a natural bedfellow for solar panels, as the researchers are tuning the battery to store energy for 16 hours and then release it over the following eight.

Technically the bacteria could reproduce and the battery could have a near-infinite lifespan, but there a lot of hurdles to overcome before this lithium-ion alternative becomes a production reality. 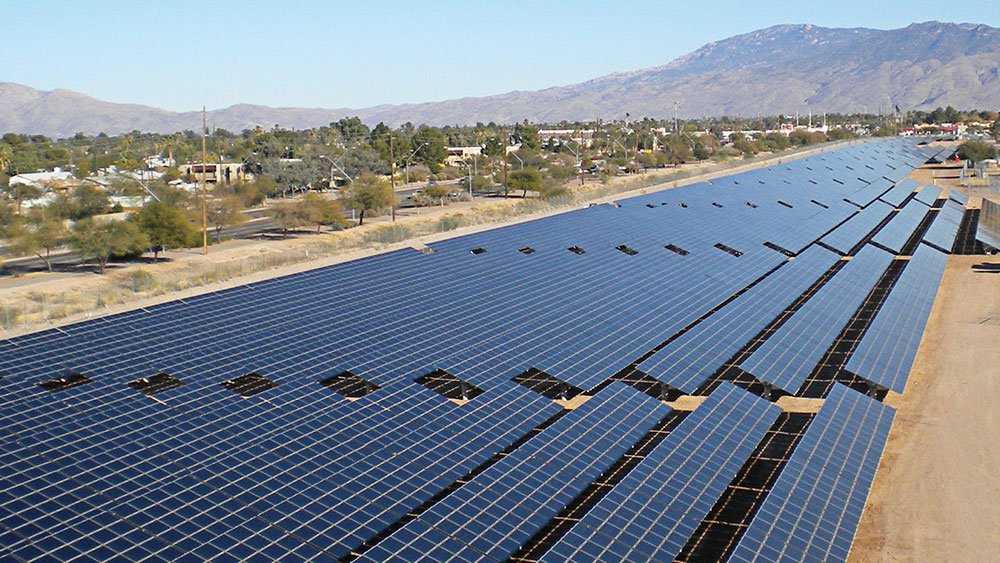 Right now, solar panels are horrendously inefficient. Basically, they suck. The Fisker Karma had a solar roof and it gave it just one mile of additional range, but this has to change. Elon Musk is putting serious work into the solar roof, nanotechnology could provide a quantum leap all on its own, and future solar panels are going to be so much better.

They could be so good, in fact, that the whole surface of the car could be a solar panel in the years to come. Would that be enough to power a car? Yes, we think it actually might be.

We have already seen solar prototypes in endurance events, so this really isn’t that far-fetched. There’s a long way to go and the panels need to get better, but they will. So the cars of the future really could be entirely self-sufficient and could even feed power back into the grid. 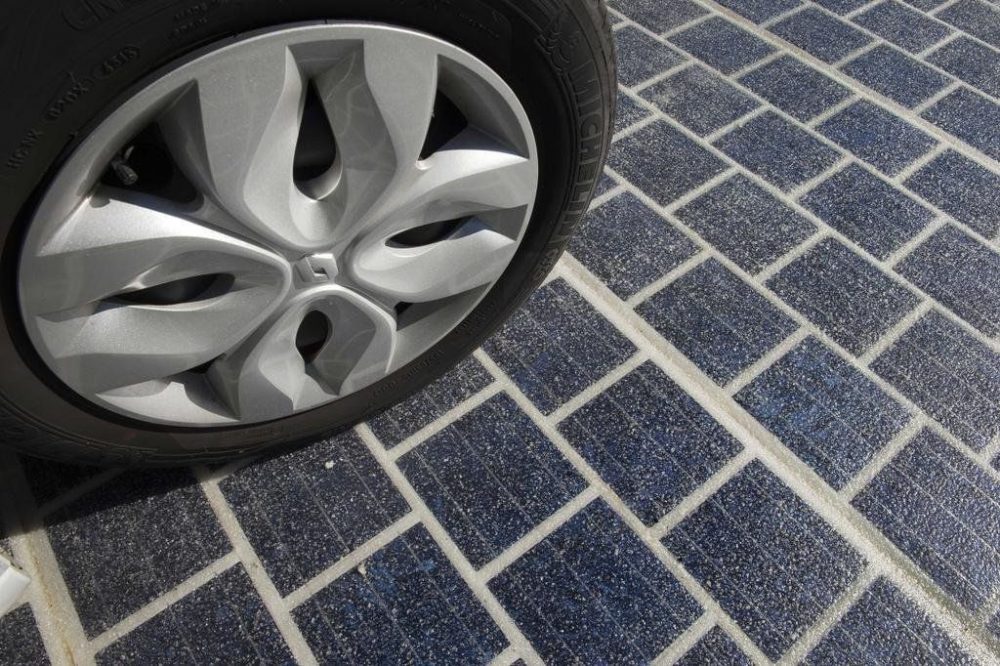 What if the car didn’t have its own power at all? What if the road is the power source and the car effectively works like a much more advanced slot car racer that just absorbs the power?

Well, that’s already happened in Sweden, in a seriously crude form, where trucks hook into overhead powerlines. The Netherlands has a “solar road,” too, which is actually a bicycle path that supplies the power to lights and other peripherals.

There’s a lot to be said for powered roads, as we can take all of those batteries that sit in the individual cars and streamline the whole affair. The cars will be lighter, they’ll inflict less damage on the road and the energy production process will be ten times smarter.

We could use batteries, solar, wind and hydroelectric power, depending on the unique terrain, to create the most efficient power supply. It’s a better way of doing things, in theory, but there are all kinds of problems.

The investment in infrastructure would be massive and we simply cannot strip the batteries from cars until the whole road network has power. We’re not sure that’s actually going to happen, in our lifetime at least. This isn’t so much a total replacement as the next generation of lithium-ion, lithium-sulfur or whatever we have at the time. Like the name suggests, it’s simply a case of making them smaller and laying down a film of metal oxide.

Solid electrolytes can also act as the electrolyte, binder and separator, eliminating components. Compacting the basic components so they are nanometers or micrometers thick means that an entire battery cell could be just millimeters thick.

That means we can pack a huge amount more density into each and every power-pack and carbon nanotubes could offer an even more efficient battery.

So batteries with a similar range could get smaller or, more likely, the range could increase dramatically.

The only stumbling block is commercial viability. Current production methods include pulsed laser deposition, magnetron sputtering, chemical vapor deposition and sol-gel processing. They are all expensive, but a simple advance in 3D printing could bring thin-film batteries into the mainstream and potentially boost battery density by an order of magnitude overnight.

The real problem is that once we’ve mastered that technology, solid-state batteries will be within touching distance and thin-film batteries might never see the light of day. Solid-state batteries won’t just offer benefits in terms of efficiency and packaging, they will also be much safer. The fire risk is reduced to virtually zero and recent Tesla crashes proved just what a bonus that could be. The battery could, theoretically, last a lifetime as well, and the weather won’t affect their efficiency.

MIT’s and Samsung’s research could mean we skip thin-film batteries altogether and go straight to solid-state batteries. But it’s not going to be commercially viable for years.

There you have it. These are all promising potential alternatives to our current batteries based on lithium-ion, which are increasingly falling behind other technologies. Which of these lithium-ion alternatives do you think could prevail?