EV technology is moving at a frightening rate and the range, power and speed of the latest cars is, frankly, mindblowing. That’s good, but it also means that a lot of cars that you can walk into a showroom and buy right now are totally off the pace.

If you buy an EV that is borderline obsolete right now, then you’re going to take a major hit when it comes to selling it on. So you need to tread carefully when you’re buying a new EV, and even more carefully if you’re venturing into the used market.

These were cars we were praising and even recommending not so long ago, but this is some of the fastest moving tech since the start of the smartphone era and some EVs could basically drive straight out of the showroom and on to the scrapheap.

Buy a dud and you’ll regret the decision every time rage anxiety kicks in, every time you need to charge up in a hurry, every time you plan a major journey outside of the city limits and then you’ll get the biggest shock of all when you come to trade it in.

We recently discussed how some modern EVs are simply beta models and you’ll get some enticing deals on cars that are built on outdated technology. But it would be like buying a compact disc player when you know iTunes and Spotify are just round the corner. Sometimes, no matter how cheap it is, a cut-price EV can simply never be worth it.

Here are 10 EVs that you should not buy, no matter how good the deal looks. The new Leaf should breathe new life into this flagging icon, but the old car is a living dinosaur.

You can score massive discounts right now and can basically drive out of the showroom having parted with just $13,180.

Technically the MSRP is $30,680. Take the Federal Electric Vehicles Tax Credit of $7,500, add Nissan’s own $10,000 incentive that is targeted at Duke Energy customers, but is probably available to anybody that asks, and you’ve got a real deal.

But there’s a good reason for that. Because this car is going to be little more than a paperweight in a year. The new LEAF is out testing already, it should be on the market by September and it is going to blow the current car into the weeds.

The Leaf is actually the best-selling electric car of all time, for now, but it has been left flailing in the competition’s wake of late. It has a range of just 107 miles, the 30kWh battery pack powers an 80kW electric motor and the 0-60mph time of 10.4 is plain weak sauce. The less said about the 93mph top speed, the better.

We hope, for Nissan’s sake, that the next generation Leaf makes this car look like an abacus next to an iMac. If it doesn’t, Nissan is in trouble. If it does, as it should, then this car probably won’t be worth the hassle it takes to sell it on.

We like the BMW i3. It’s a cute car that looks the part and it was a brave move to put a premium badge on a diminutive city car. We like the carbon-reinforced plastic frame and there are lots of other neat touches, too.

There are some brutal home truths here, though. The electric only range, without the optional range extender engine, was just 81 miles. That has increased to 114 miles, but it’s still woeful compared to the Chevy Bolt and Tesla Model 3.

The BMW costs $43,495, too, which is ludicrous when you can get far better cars from its competitors for far less money.

BMW looked like it was going to lead the charge in the EV sector and we are still slightly in love with the i8, but it hasn’t really got past the hybrid stage. The pure EV i3 is, to all intents and purposes, a failure. Don’t buy it. On paper, this machine should really work. It’s the world’s most popular and arguably successful car fitted with an electric powerplant. Unfortunately, it shines a light on how badly VW needs its upcoming electric line-up.

The 2017 model actually has a much bigger battery pack and 50% more range than the older car, but it will still only cover 124 miles before you need to plug it in. The old model’s 85-mile range was truly laughable for a premium car when you consider that the Tesla Model 3 and Chevy Bolt are on the way.

The top speed is 93mph, the power is a relatively paltry 85bhp and the 0-60mph time of 9.6s will hardly set pulses racing.

VW keeps teasing us with sketches and mock-ups of the new wave of electric cars that make this look like a token gesture. We can’t wait for them to get here and then we can consign this bodged Golf to the history books.

They’re coming soon, so don’t spend your money on this in the meantime. The Smart is an intriguing car as a two-seater, but the four-seater was always the black sheep of the family. It never really worked in any form: petrol or electric.

That’s because the Smart is a city car, designed to park head-on against the kerb and slip through traffic like a cheeky young scamp. The four-seater was always a pretender, capitalizing on the smaller car’s charm and yet never really offering a tangible benefit beyond two more seats. If you really needed those, you should buy another car.

So it is with the new Smart Forfour Electric. It gets the same 60kW electric motor as the smaller car, so it’s slower. The 0-62mph time of 12.7s isn’t good enough and nor is the 96-mile range. By Smart’s own admission, the car will really only give you 75 miles in the real world as well.

The two-seater isn’t much faster, but it has a purity of purpose that is just missing from this car. Once again, the Forfour is set to sell in tiny numbers and be about as welcome as a fart in a spacesuit when it hits the used market. The Fiat 500E is another likeable car that has found an audience, but there’s no real justification for buying one.

It costs $33,900, before the Federal Tax Credits, it covers just 84 miles between charges and it only managed to hit 60mph in 8.4s. Wedging the electric drivetrain into an existing platform gave  Fiat serious problems and the  end result is  a cramped car that is really only good for short journeys.

The company has admitted that it loses money on each and every car it sells and it would be more than happy if nobody bought one at all. It made this car because it had to and it is only selling them in California and Oregon, where it has to meet zero emissions mandates.

Fiat put zero love into the 500E. It’s a means to an end and that simply is not good enough. Fiat can do better. The Ford Focus is a blue collar hero in petrol form and it is, undoubtedly, one of the best cars in the world. From the almighty RS through to the basic entry-level model, the Focus is an icon.

The electric version, though, is almost unfit to wear the badge.

The biggest problem, though, once again, is the range. Ford claimed that the 2016 car would cover 76 miles between charges, but that was generally considered optimistic. With a new 33.5kWh battery pack, the 2017 model will cover 100 miles.

This is yesterday’s electric car. Mercedes-Benz has blown us away with its plans for the Generation EQ SUV and the next wave of electric cars from the Stuttgart marque are going to be stunners. But the marque’s first mainstream EV was a token effort of best.

With a range of just 87 miles, it’s starting to look like  foot-note already. The 132kW motor driving the front wheels does send it to 60mph in 6.8s, which makes it one of the fastest cars on this list, but it’s not really enough to save it.

At $39,900, the Mercedes is more  expensive than the much more competent Chevy Bolt and it’s a car that has simply outlived its shelf-life. The Generation EQ can’t come soon enough. 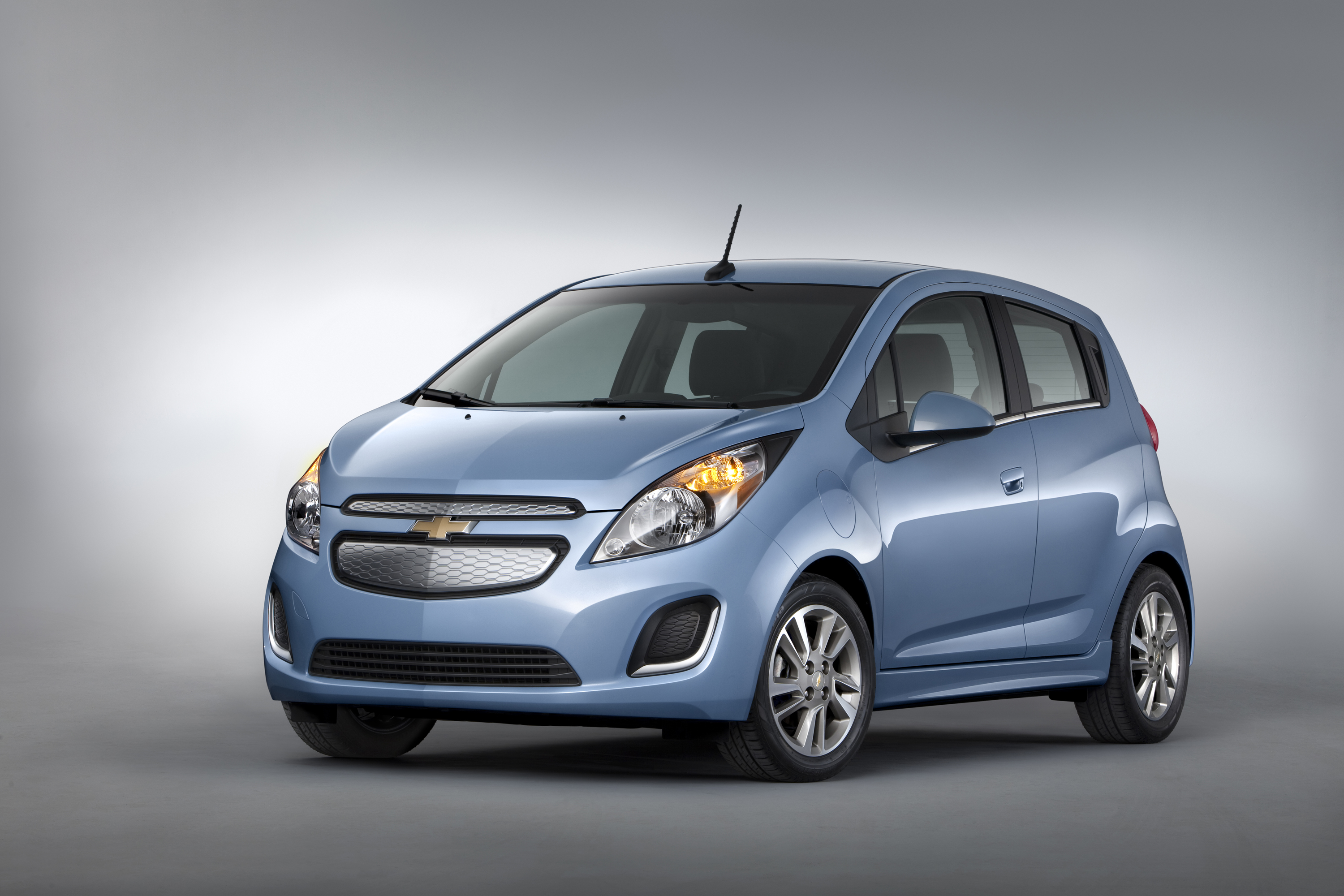 Even the Chevy dealer would laugh in your face if you tried to buy a Spark with the Bolt just round the corner. It discontinued production last year and you’d have to persuade them to sell you a used one.

Honestly, if you live in the city, it could still be a steal. Just rest assured that you will have to run that car into the ground and get your money back that way. You might as well try and sell a Compact Disc player on eBay if you’re going to try and resell a Spark. As soon as the Chevy Bolt hits the road, it will be completely redundant.

With a range of just 82 miles, it’s just not an attractive proposition to anybody that wants to go, well, anywhere. The top speed of 89mph means it will take an age to get there and the less said about the 17s 0-60mph time, the better. Not so long ago, the cut-price Mitsubishi was considered a real bargain. In the EV sector, the goalposts are constantly moving when it comes to range, power and charging time. So, the Mitsubishi’s ace in the hole, the price, is simply not enough to compensate for its shortcomings anymore.

The i-MiEV was cheap, at $23,845 before the incentives. But the new wave of cars are just so much better that it’s starting to look like poor value. The alternatives on this list are better cars and they can be had for an even better price, so the quirky Mitsubishi has simply lost its USP.

It was always a city car, it comes with a range of just 62 miles and that is likely to degrade over time. Combine that figure with an 80mph top speed and a 13s 0-60mph time and it’s not hard to see why the Mitsubishi i-MiEV is an electric car you just should not buy. 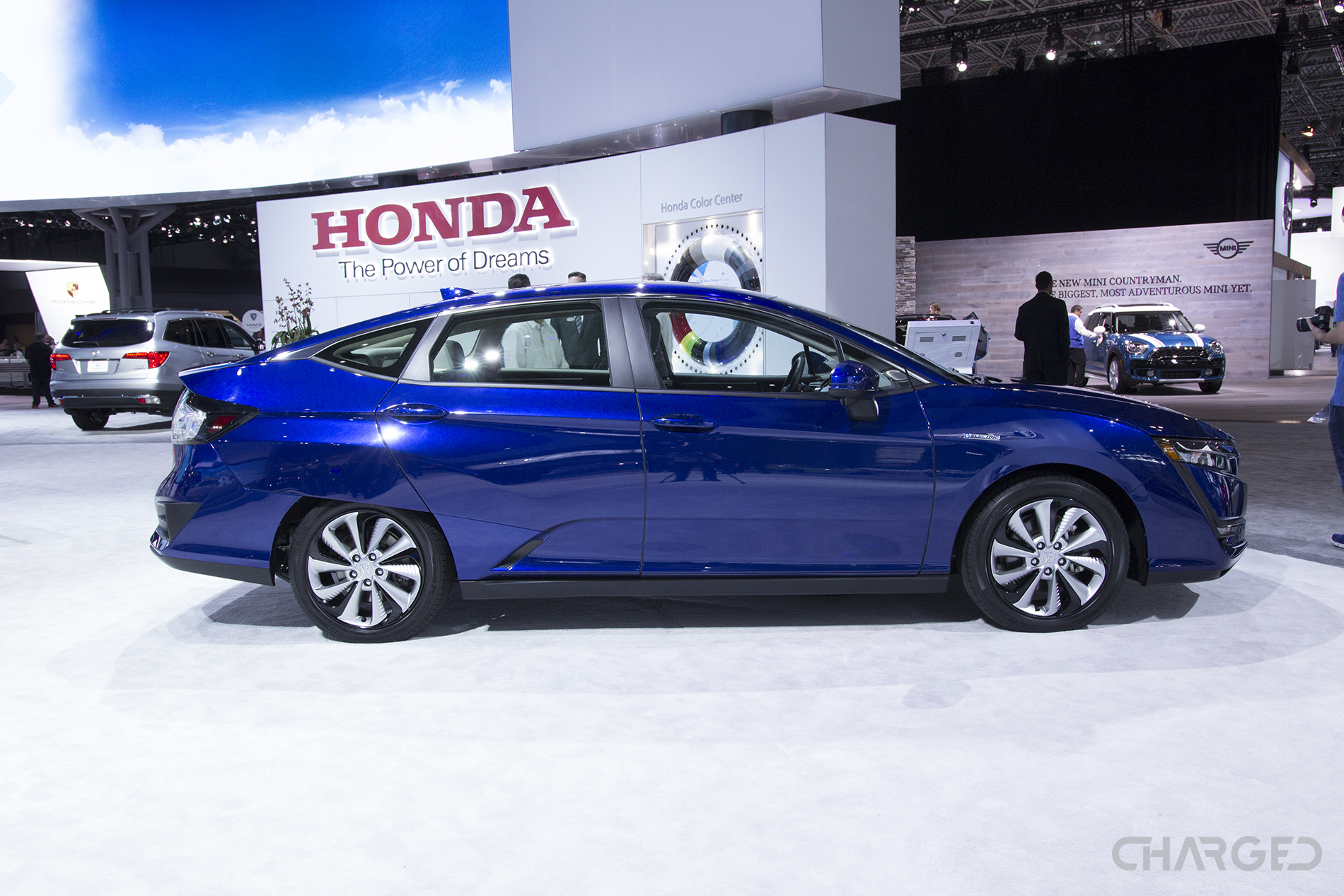 We all want a fuel cell vehicle that actually works, but the Honda Clarity isn’t it.

There is good news. The Honda takes just a few minutes to recharge, when you can finally find a source of Hydrogen to recharge the cell that powers the 130kW electric motor. When it’s full it will give you a 300-mile range and it even handles roughly like a normal car.

That’s the good news. The bad news is coming, and it’s pretty much a dealbreaker. First, you can’t buy this car. It’s a lease only deal, which isn’t necessarily the end of the world. That’s especially true when you look at the theoretical sticker price of $59,365.

You also have to give up storage space for the hydrogen tanks that sit underneath and behind the rear seats. You could probably live with that.

The serious issue, though, is the availability of hydrogen. Even though Honda throws in $15,000 worth of it for free, there’s a real chance you could get stranded on rural routes and you’re basically imprisoned by the Hydrogen network.

We seriously want hydrogen to work and it could easily be a viable alternative to battery power, but someone is going to have to take the bull by the horns and create a Tesla Supercharger-style network throughout the US. Honda is running uphill with the Clarity right now, because we’re just getting over the infrastructure issue with EVs and hydrogen puts us right back to the start of the curve.

There just doesn’t seem to be an advantage in joining this exclusive club right now.